How to Stop Feeling Guilty & Set Yourself Free 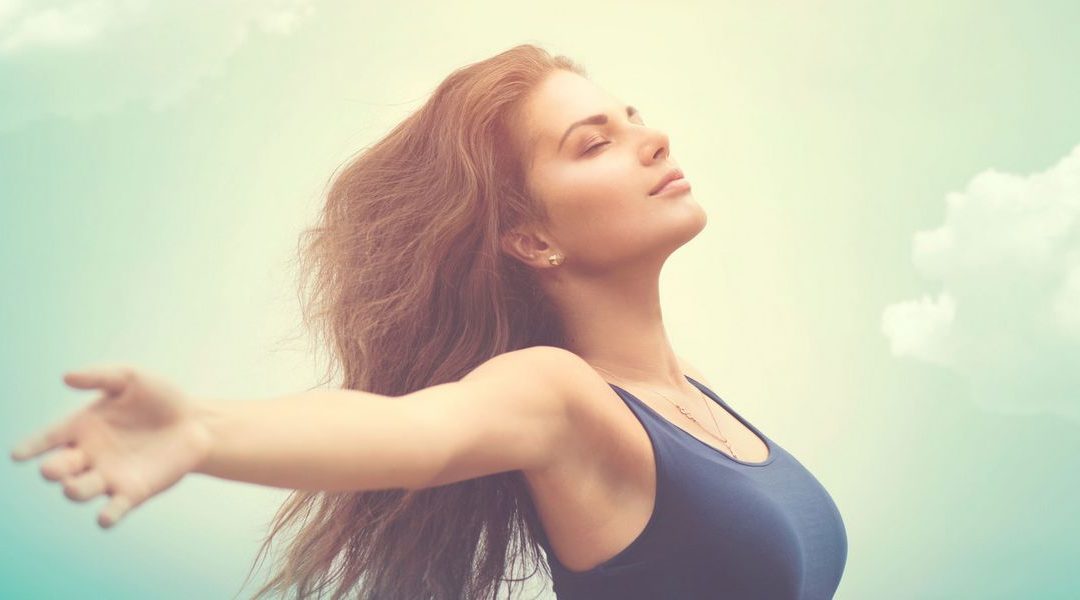 Guilt is a universal emotion, and women feel it especially profoundly. You can feel guilty about how a situation turned out, or someone can guilt you into doing something you’d rather not do. After this, you may feel guilty about doing it. Or, you might experience guilt by association. There are so many circumstances that happen in life that can result in a guilty response. It’s an emotion that can affect your health—emotionally, mentally, and physically. So, the question becomes, how to stop feeling guilty?

Dr. David Hawkins’s research over 30 years calibrated the vibrational level of 17 different attitudes and emotions. His “Map of Consciousness” details each one from the lowest energy vibration to the highest.

Guess what? Guilt is the second-lowest, after shame. So, it won’t surprise you to learn that there is nowhere to go but up on the vibrational scale.

Feeling guilty zaps your energy. It also causes your mind to think negatively—consequently, your self-esteem tanks, which can make you feel not good enough, or worthless.

As a woman, you may juggle many roles—daughter, sister, wife, mother, professional, caregiver, to name a few. What happens when you try to please everyone, and you fall short in some areas? Guilt happens. You might beat yourself up for not being able to do enough or be enough. When this happens over and over, it takes a toll, and the guilt builds.

Feeling guilty can send you into a dark pit of despair, which didn’t happen overnight. Setting yourself free from the guilt will take some practice and a deliberate shift in the way you think.

Feeling Guilty Can Be Contagious

I have some experience with second-hand guilt. My mother lived her adult life feeling guilty of not pleasing her father when she chose her career path and became a nurse. Even after he passed, she harbored the guilty feeling.

After that, guilt was her ‘go-to’ emotion when something went wrong. As I watched this pattern repeat itself as I was growing up, I made a conscious choice to avoid the feeling altogether if I could.

She was sad and depressed much of the time, which broke my heart. She struggled with migraine headaches. And she tried to be all things to all people, never quite feeling as if she succeeded.

Some people are role models for how we don’t want to be. I loved her to pieces, but in this way, I didn’t want to model her behavior. When I started having migraines, I took a good hard look at what I was doing and chose to be different.

As I researched the topic, I read a lot about guilty feelings to learn what I could do to dodge them. I found out why it was so hard for my mother to move out of her guilt-ridden approach to life, and how I could do something else, so I didn’t end up just like her.

Here are some of the things I learned that could work.

How To Stop Feeling Guilty

When you’re feeling not good enough, make a list of all that you do for others. Include what you do for yourself on that list. Look for proof that you are doing a lot and that you’re doing it the very best you can. Guilt trips are no fun. Cut them off at the pass.

Consider the source. Who is laying the guilt on you, and for what? Are they feeling ignored because you’re focused on other priorities? You might ask them (nicely) to consider how much you are doing for them, as well as for others.

Admiration goes a long way, especially when it is you whom you admire. Who did you help today? You could appreciate the effort it took. Feel grateful for the opportunity and acknowledge that you did it with an open heart—no need to feel guilty about it.

Roleplay with a friend. Imagine your good friend asks you about how to stop feeling guilty about a situation. What would you advise her to do? Talk through the options she has to change her response to the circumstances in which she finds herself. What choices does she have? Then, apply the same to your situation.

Think differently. “When you change the way you look at things, the things you look at change.” That’s my favorite quote from Dr. Wayne Dyer because it reminds me that I always have a choice. And so do you. You could let a situation throw you into the guilt-trap, or you could look at it another way. How can you turn it on its head and see it differently?

Examine what is hiding behind the guilty feeling. You might feel ashamed about something you did, which makes you feel guilty. Or, you are resentful of someone else, and you let the guilt take over. Another emotion that hides behind guilt could be anger—and that’s not how you want to feel. So, you turn it into guilt.

Set Yourself Free of Guilt

In my opinion, it is a worthless emotion that can make you feel worthless. So, where is the value in that?

Be deliberate about examining how you feel and cut yourself a break. It takes practice to turn a life-long habit of feeling guilty into a more positive attitude, like gratitude or peacefulness.

Here’s how you start: accept what happened, apologize if it’s necessary, then change your perspective so you can learn how to respond differently in the future. What could you do another way that would change how you feel?

Then, do something good for someone else and feel the joy that it brings. Follow that with doing a beautiful thing for yourself and let tranquility wash over you.

Let the guilt go and set yourself free.

If you are wondering how to stop feeling guilty, you may not like yourself much or even know who you are anymore.  Making choices to move beyond the guilt can be hard, and getting some guidance may be just what you need.  Let’s have a conversation and talk about how to get you to the other side so that you can feel at peace with yourself.  Request your chat with María.