Getting Over A Breakup? Here’s Why Breakups Are So Hard On Your Mind & Heart 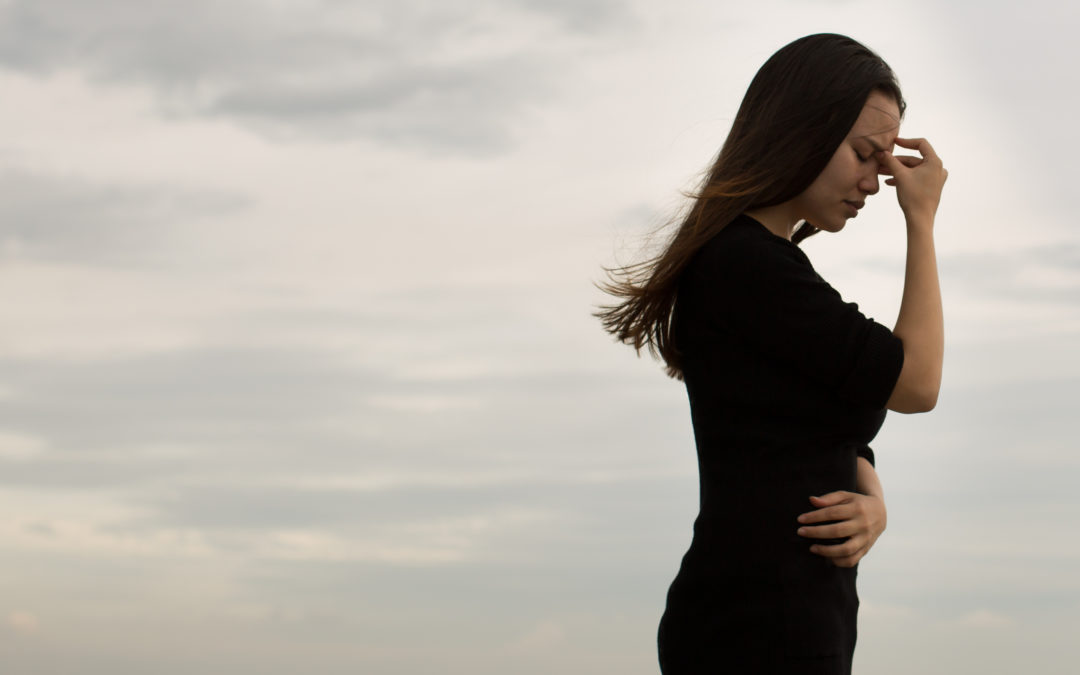 Getting over a breakup is painful and needs your special attention.  There are things going on in your head, like blame, that can make it even harder.  Plus, there are things going on in your heart, like hurt, that can make it last longer.  Being mindful that there are ways to help you get through it, so you can get beyond it, is a great starting point.

Anyone who has been in a long-term relationship that ended in a breakup, has asked this question: “Why are breakups so hard?”  In my experience, the answer is as complicated as there are people on earth. We all react in different ways. Plus, learning how to work through loss and grief is tough, especially when it can last from days to months to years.

Was there a breach of trust involved?  Did you have a family with this man and, after the kids were gone you realized there was little left to the relationship? Was it wrong from the start and you didn’t know how to end it? It might even have been your first love and the breakup devastated you.

I spent five years longer than I should have in my second marriage. I knew it was over.  But I didn’t want to be that woman who was divorced twice. That was my story and I was sticking to it. So, I spent those five years trying to fix it, even though I knew it was not in my control to fix. Crazy, huh. And still, it was hard.

Why are breakups so hard? Here’s what I think.

A Hold on the Past

When you hold onto the past, it makes it difficult to see clearly what is right in front of your face, and how much things have changed. It also keeps you stuck in a place that is impossible to leave behind because you want it back so badly.

Coming face-to-face with the breakup can be very hard to accept, even if you knew it was over.  More so if you had no clue it was coming.  All kinds of questions come up. What did I do wrong?  What could I have done differently? Who am I now that I’m no longer in this relationship? Will I ever be loved again?

You may question the role you played in the breakup, or you may blame him. Sorting through the questions—and the emotions that come along with them—will take some time and some distance before it gets easier.  Finding hope after disappointment will help you move down the road a bit.

It Hurts—There is No Denying It

Unless you have been planning for the breakup for a while and you’ve already processed through it, a breakup hurts.

You may experience the hurt physically—a pit in the stomach, unable to eat, unable to talk about it.  The emotions can certainly hurt—anger, hurt, betrayal, disappointment, fear, anxiety, depression. The list could go on.

Working your way through the hurt, experiencing the emotions and physical manifestations, is the only way I know of to move beyond the breakup so that you are more grounded in who you are now.

The stories you tell yourself are real and they can haunt you.

What I mean by this is, being in a relationship may be tied to an expectation that you should model the partnership your parents had, which lasted decades.  Or, the role models you had experienced turbulent times, which may have included abuse, and you didn’t want yours to be the same.

There is a sense of lost security in either scenario when you face a breakup.  In the first one, you may have been equally committed as your parents, but now it feels as if everything you hoped it would be is no longer the case. You now may feel unsafe.

In the second instance, you entered into the relationship being certain you got it right and you were not relegated to repeating the same pattern, yet it didn’t end that way. You found yourself reliving some of the same abuse.  There is no security in that.

Finding new ways to feel more secure is a worthy endeavor.  Getting to know yourself better so you can create your own safe space is one way.  Be sure to think about safety within yourself, as well as within your environment.

Ask yourself some questions, such as what makes me feel safe?  Who can I surround myself with, so I have a safety net when I need it? What do I need to do at home to feel safer when I’m there alone? Answering simple questions like this are a good way to regain your sense of security.

You May Lose More than a Life Partner

Sometimes your friends and family breakup with you when your relationship dissolves. They may not know who to support, so they “divorce” both of you. Or, they may pick sides—and it may not be your side.

Losing friends, pets and in-laws, who have been part of your support system, can exacerbate the sense of loss. Not only do you no longer have your one-and-only, but you may also need to find a new network of supporters, so you are not left to your own devices. The sense of being alone can be one of the hardest things in a breakup.

This is another really hard realization. With the breakup, you not only grieve the loss of your lifetime companion (or so you thought).  You also lose all those dreams you had together. What about that vacation in Hawaii? Or the dream home on two acres in the country? Traveling? Those dreams are now out the window, at least in the way the two of you imagined together.

In time, when you are moving beyond the breakup, you will dream new dreams—and they can be all yours.

It Does Get Lonely

When things change due to a breakup, there is some adjusting to do.  Okay, I lied—there is a lot of adjusting to do. You will need to fill time that used to be filled by being with him.  This may come easily to you, or it may come hard.

Planning things out so you minimize the empty time is a good practice. Allowing yourself some alone time to process what’s going on is another one.

Feeling stuck in one place is common in a breakup. Figuring out where to go next is often not clear. I remember feeling as if I was treading water, just going through the motions of my life day-to-day. There will come a point when you will have had enough of this and you’ll be ready to move on.

Acknowledging that you deserve the best is a great way to get started. Knowing what you value most and what your own personal vision is for the future, comes next. Then you get to take inspired action to move onto that new dream.

Why are breakups so hard? I’m sure you can come up with a lot of other reasons. I’d love to hear them.

Step Onto Your Bridge

When life-changing moments suddenly flip your world upside down, like a breakup, you may not know who you are anymore or what comes next.  I create a bridge for women to walk from that chaos to a place where they can find calmness and clarity. They build resilience along the way and learn to live a life guided by their own values and vision.  To learn more about the impact change can have on your life and how to move through it with more dignity and grace, request my free ebook From Darkness to Light: Learning to Adapt to Change and Move Through Transition.